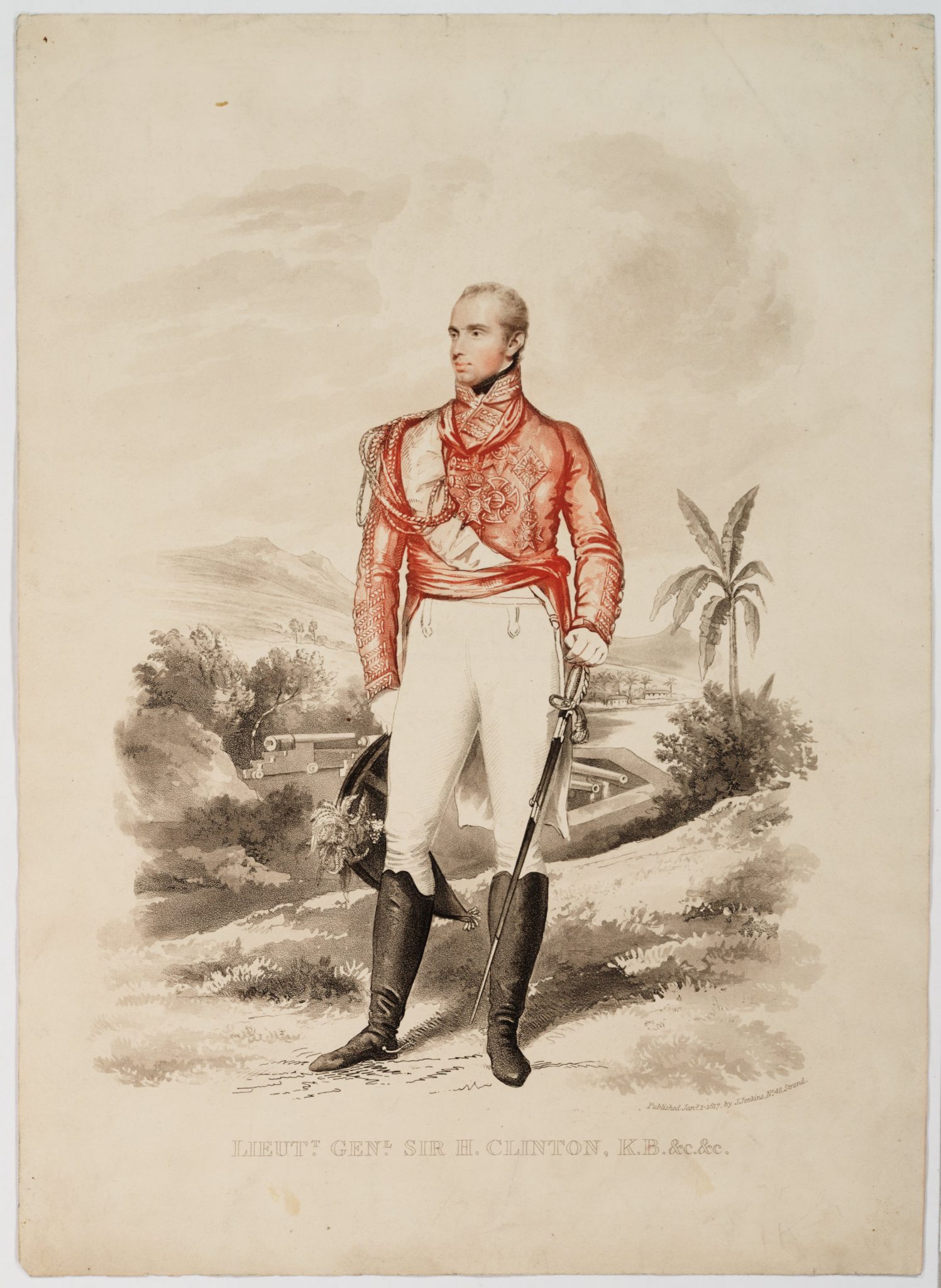 Upon my arrival with my division this morning I found a change in its position had been made by the Duke of Wellington’s order, having thrown back the right leaving only a battalion in Braine l’Alleud, the 3rd Division of the Dutch army had been ordered also to throw back its right, but the order had not been understood, & so extended far beyond the village.

Little stir observed in the enemy’s army & it was believed that he had retired, all but a small body of cavalry, about 11 o’clock however some troops were observed to be in motion and at twelve o’clock commenced one of the most important battles of which history makes any mention. The Duke of Wellington did not believe in the intention of Bonaparte to attack and had therefore not collected his army in time to oppose Bonaparte with his whole force on the 16th & the superiority which Bonaparte was therefore able to bring against Blucher, compelled the latter to fall back to Wavre, judging that Bonaparte would attack him in front of the Forest de Soignes, the Duke of Wellington invited Marshal Blucher to unite with him & he was to have arrived at St. Lambert at 11 o’clock on the morning of the 18th. A fire near the Bridge of Wavre obliged Blucher to throw another over the Dyle for the passage of his army & occasioned a delay of 2 hours. The position of the Duke’s army consisting of about 44,000 infantry and 8 or 10 thousand cavalry was advantageous, as the proximity of the Prussians prevented the enemy from detaching to our right. The 3rd Dutch Division & 2nd English were upon the right of the Nivelles road & about 500 paces beyond where that & the Genappe road separate. The centre extended across the Genappe road & the left was thrown back so that we formed a very considerable bow, in front of the right of the centre was some strong ground called the farm of Hougoumont, this it was evident would be the point pushed for, the buildings were therefore barricaded & an abattis constructed, the high ground receded so much upon the right & left of Hougoumont that it was difficult to place guns sufficiently forward to bear upon the approaches to that post. To the left of Hougoumont, the position is excellent, the centre was composed of the 1st Corps, the left of the 5th Division. General Lambert’s Brigade just arrived by forced marches from Ghent. The great body of the cavalry was upon the left. The enemy began by making some formidable columns from the Genappe road towards Hougoumont, but he was no sooner within range of our guns than a battery of 10 9 pounders & 2 howitzers opened upon him, and after a few rounds checked & at length compelled the column to retire. The attack was then formed at a quarter distance & a superiority of artillery was brought against us, it was not however until after repeated efforts that the enemy was able to establish himself in the enclosures of the farm & this not without having sustained an immense loss. He was frequently driven from this hold & as often returned, the building having caught fire made our remaining in it the more precarious, it was however never given up and this was the great obstacle to Bonaparte’s success. After maintaining a most lively cannonade for several hours he made a vigorous attack with a very large body of cavalry upon our guns, many of which had been abandoned in consequence of the superiority of the enemy fire, the infantry was in battalion squares & though our cavalry fled before that of the enemy, resisted every effort to break them, their attempts were very often repulsed with a heavy loss to the enemy. Towards 5 o’clock, all appearance of any serious attack upon our right having ceased, the brigades of the 2nd Division which had rather so been in reserve were one after the other brought into action, about this time the enemy made a more vigorous attack with his infantry, but this was equally repulsed. General Adam’s Brigade was directed by Lord Wellington to support the right of the First Division & with the German Brigade I filled the interval between the back of Hougoumont & General Adam’s, while Colonel Halkett remained in reserve, the loss sustained by the front line occasioned my Hanoverian Brigade being brought forward, but soon after they had crossed the road, two battalions were ordered back by the Duke of Wellington, though I had already brought forward the 3rd Dutch Division to occupy the ground I had left. About 7 the enemy appeared to be decidedly beat and our artillery was nearly exhausted, but finding the Prussians, whose attack upon his right had commenced about 5½ o’clock, to be gaining ground & unable to make a good retreat in the presence of two armies which had been successful, Bonaparte determined to make one great effort to compel the Duke of Wellington to retire, for this object he brought forward his Imperial Guards & reinforced all his batteries which he advanced and began his attack with, the might of this was directed against the brigade of Guards, it was steadily received & repulsed & the enemy was followed by the brigade of General Adam’s supported by the Osnabruck Battalion, the Legion, 23rd Regiment & General Vandeleur’s & Vivian’s Brigades of cavalry. We had no sooner gained the Genappe road than the enemy abandoned everything & took to his heels, but as there was still a large body of cavalry I kept the Legion & 23rd Regiment in reserve & continued to advance to [blank]. In the road I met with some Prussians who had had the same success upon their side. The troops encamped beyond the field of battle. The number of guns taken is upwards of 100 and that of prisoners very great, our loss has also been very heavy.