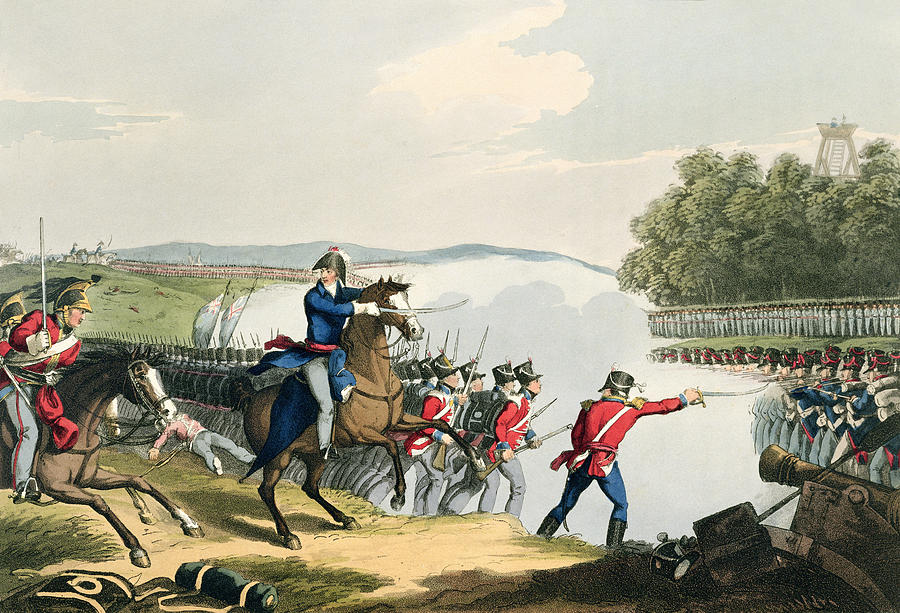 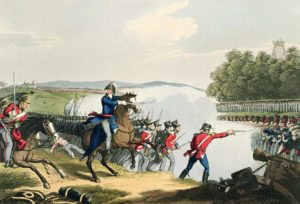 Whilst carrying out research on the records of the 52nd Foot I have discovered a great deal of confusion over the allocation of officers and men to company numbers and it is necessary to explain this.

The basic company system of the British battalion during the Napoleonic wars was to have ten companies running from right to left, No.1 Company (also usually designated the Grenadier company) on the right of the line, eight centre companies numbered No’s 2 to 9, and No.10 company on the left of the line (also usually designated the Light company). In Light Infantry battalions, such as the 52nd all ten companies were light infantry, so there were no special designations for companies 1 and 10.

When the 1st Battalion of the 52nd served in Belgium during the Waterloo campaign the Muster Rolls show the individual companies of the men numbered 1-10 as expected and at the end of the Three Monthly Muster Return, the ten captains of companies are listed almost in seniority order with their company number. As can be seen by comparison with the Army List of seniority for the 1st Battalion, they nearly match exactly, except for No. 5 Company, where Kenneth Snodgrass has been changed for James McNair. This would appear to have occurred because Snodgrass had been severely wounded at the Battle of Orthez in 1814 and was unable to serve. As Snodgrass had not officially left the regiment, McNair was temporarily put in his place, but he was left at No. 5 in the list although junior to all of the other company commanders.

Robert Campbell, Brownrigg and Young are emboldened on the list as not being at Waterloo and their three companies were commanded by the next three senior officers, Captains Langton, Cross and Lieutenant Dawson. This makes perfect sense so far, although confusingly the Waterloo Medal Roll lists them in a different order and the Waterloo Prize Money Roll lists them in a different order again.

The Waterloo Medal Roll List in fact shows the official officers in command of companies but now places McNair at the bottom as the most junior, whereas the Waterloo Prize Roll shows the ACTUAL company commanders present at Waterloo but not in seniority order.

As you can see, there is a good deal of confusion with all of these lists, but at least they all agree as to who was present and who commanded a company at Waterloo.

All of the Returns of individual soldiers show their company number and these all correspond with company commanders as listed in the June Muster Roll,

I found a number of memoirs, including Lieutenants Gawler & Holman and Ensign Leeke, who occasionally identify certain officers and the companies they were actually assigned to in the line and from this I have been able to complete the following incomplete list of companies.

We know that Love and Langton commanded companies in the right wing, but it is unclear which of companies 2 and 3 (the only two unallocated) they each commanded with any certainty.

We also cannot identify with accuracy which company Rowan and Chalmers commanded, but we know that they commanded Companies 6 & 7 between them in the left wing.

R Campbell was absent and his company was commanded by Cross

In the absence of Young, Langton commanded his company

As can be seen, the actual positions of companies in the field bear absolutely no relation to the administrative company number given to them in the Muster Rolls, making it incredibly difficult to be certain where officers or men actually were in the line of battle.

This however, makes perfect sense.

When the regiment was inaugurated, presumably the highest ranking officers by seniority were put in order to command the companies. When they were superseded they were more than likely replaced by a very junior officer, unless they exchanged, but it would be very inconvenient and a major disruption, to have to move all of the officers of the regiment around to keep the sequence of seniority going correctly. It was much easier and less disruptive, given the frequent number of officer exchanges or replacements, to simply put the new officer into the company that had become vacant without worrying about the order of seniority. Only in the administrative Returns was the order of seniority important and therefore the companies were numbered differently here. Clearly, for military historians however, establishing the true position of companies in the line is of paramount importance.

Unfortunately, I have not discovered any regimental paperwork which actually lists the companies as they actually appeared on the battlefield, so it is only the luck of finding odd mentions in memoirs and regimental histories which help.

I have therefore played safe, referring to Captain…..’s company as well as company numbers where know in the text of my book to try to avoid confusion.