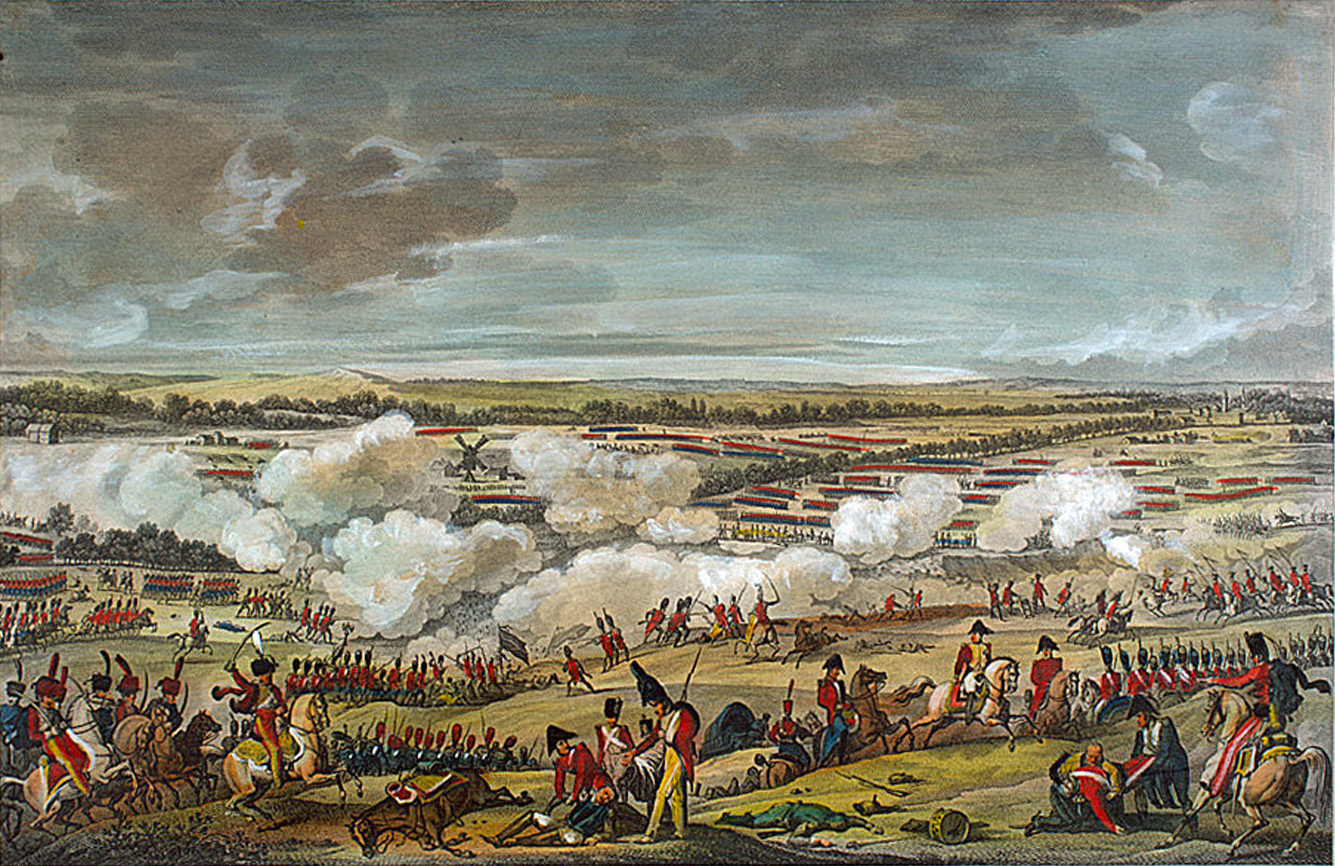 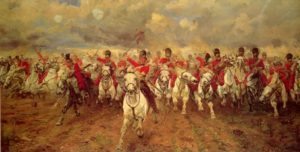 Location: 2km from Waterloo in Belgium; 13km south of Brussels

Size of the battlefield: 4 square kilometres

Scenario:
Napoleon, Emperor of France, had conquered an empire which spanned almost the entire continent of Europe, but was defeated in 1814 and banished to the island of Elba. He escaped and marched with a small army to successfully reclaim his throne in Paris, forcing the king to flee.

When a combination of all the major nations of Europe threatened to overwhelm him, he decided to strike first, to destroy part of this combination before it could form up. The armies under Wellington and Blücher were already encamped near the French border.

Napoleon invaded Belgium in a surprise attack and defeated the Prussians at Ligny on 16 June, whilst part of Wellington’s forces fought a holding action at Quatre Bras. The Prussians retreated but remained operational. Napoleon mistakenly assumed they were fleeing to Germany.

Wellington withdrew his amy to a chosen position and offered battle, knowing that the Prussians were marching to join him and that together they outnumbered the French.

Object of the battle:
Napoleon wanted to destroy Wellington’s army and capture Brussels.

Terrain:
The armies faced each other across a shallow valley on two low parallel ridges. Wellington’s army was protected by three large farms, Papelotte, La Haye Sainte and Hougoumont, which had been turned into minor fortresses.

Main features of the battle:

2. Napoleon attempts to capture the Hougoumont complex; this sucks in a huge number of troops but he fails to take it.

3. A huge infantry assault is destroyed by Wellington’s cavalry but they are in turn decimated by French cavalry.

4. A number of mass cavalry attacks fail to break the allied lines.

6. The Prussian army arrives and immediately attacks the French right wing, forcing Napoleon to split his army to fight on two fronts.

7. In a final act of desperation, Napoleon sends his Imperial Guard to smash Wellington’s forces, allowing him to turn against the Prussians.

8. The French Guard fails and retreats.

9. The Guard’s retreat causes panic in the French army and they run from the battlefield.

10. The Prussians pursue the French all night, preventing them from rallying.

1. The French army proved incapable of reforming and Paris fell.

2. Napoleon abdicated and France surrendered. He died in exile on St Helena.

4. The terrible slaughter cemented the “Era of Congress’ (started in 1814) in an attempt to avoid another pan-European war. It worked for exactly one hundred years, until 1914. 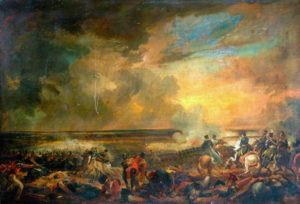