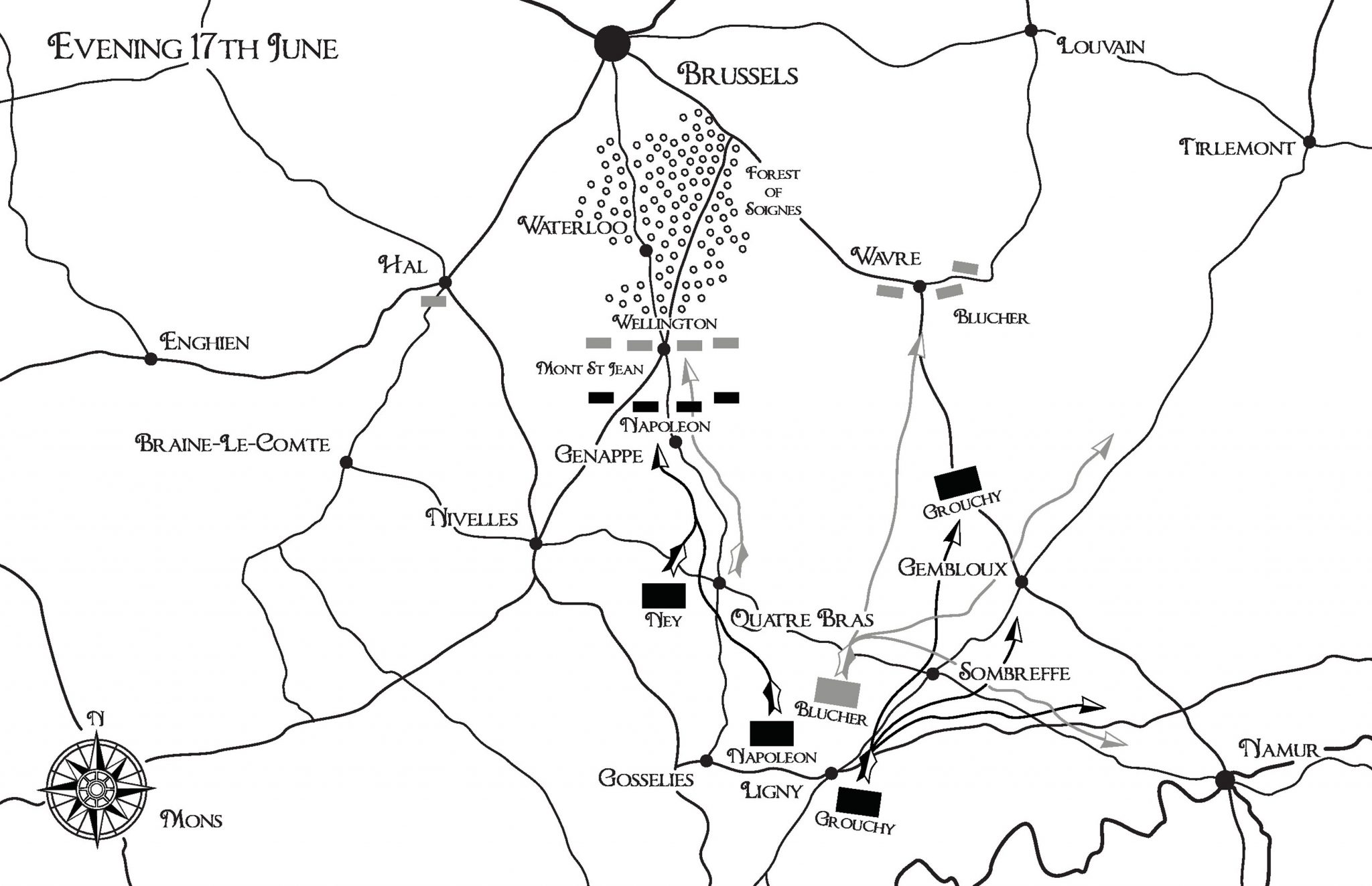 The morning of the 17th June was full of confusion, with no one really sure what the other armies  were doing.

Ney’s troops rested, whilst Napoleon leisurely rode over Ligny battlefield. Late in the morning, he had finally detached Marshal Grouchy with some 30,000 troops to chase the Prussians back over the Rhine into Germany. Messages from Ney informed Napoleon that Wellington still stood at Quatre Bras, causing the emperor to hurry the rest of his troops to join him there.

Wellington had been unsure of the result of the battle at Ligny and he sent out patrols to discover the Prussians. They returned about 9 a.m. with a message from Blucher; his army had retired relatively intact on Wavre, allowing him to continue to cooperate with Wellington at his previously designated battlefield at Mont St Jean.

Wellington immediately ordered his army to retire along the Brussels road to the ridge he had previously chosen, leaving a screen of cavalry to hide his movements.

Napoleon arrived at Quatre Bras and ordered an immediate attack, only to discover that Wellington’s army had gone. Chasing the British cavalry through Genappe, the French advance was halted by a strong charge by the Life Guards and with the ground rapidly turning into a marsh in the flash flooding that occurred with an incredibly long and heavy downpour, the French simply followed the allies as they retired. 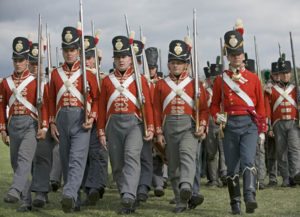 As the French passed the inn of La Belle Alliance and began to march across the shallow valley towards Mont St Jean, they came under a heavy cannon fire; it was the signal that Wellington’s army had stopped their retreat and would now stand their ground.

But that could wait until the morning…….Continue to 18 June It Begins