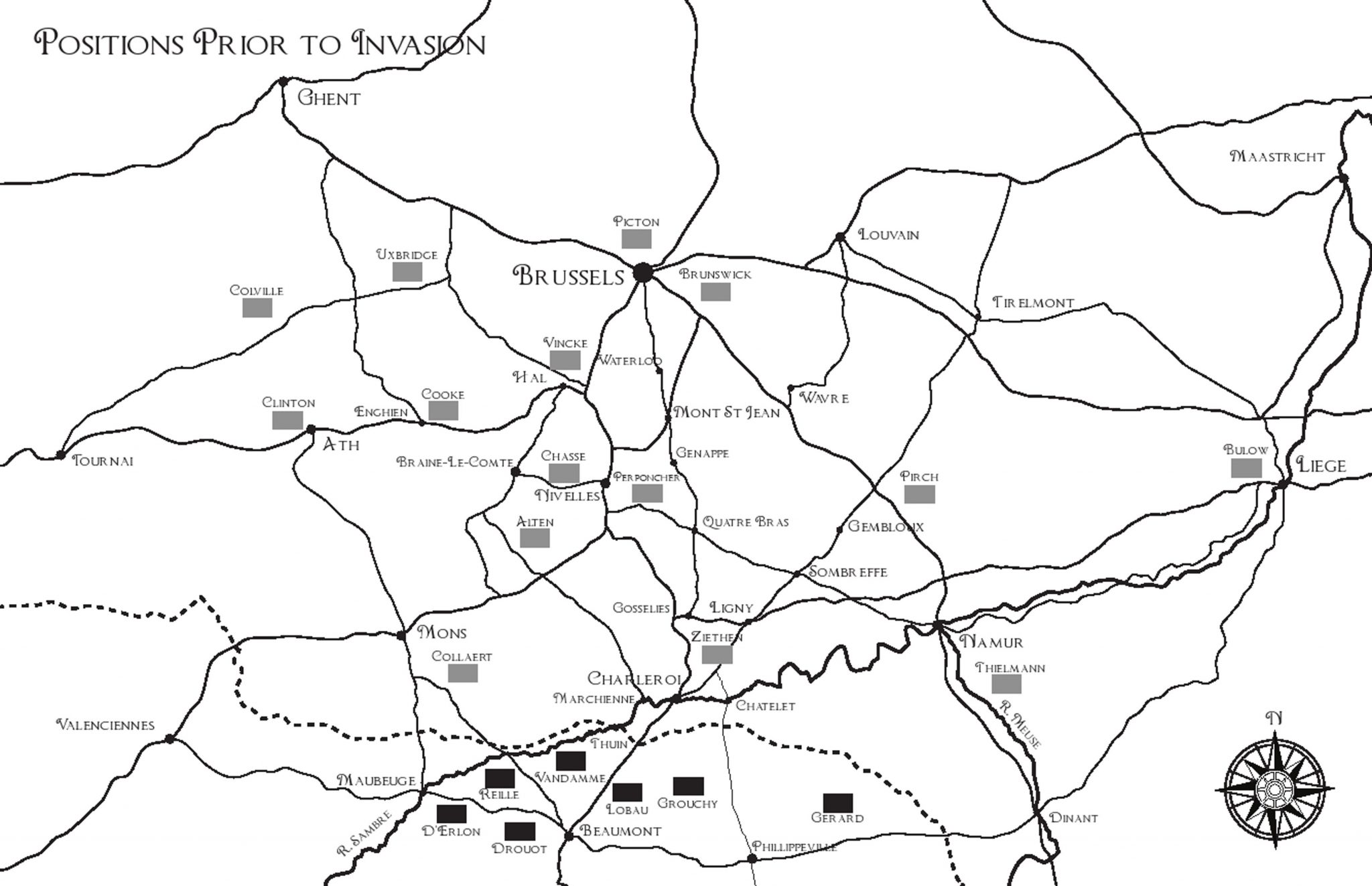 Napoleon had secretly managed to march his army of about one hundred and twenty thousand men into an area just of Charleroi by the night of the 14 June. He had managed to confuse Wellington’s and Blucher’s intelligence networks by closing the borders and supplying mis-information and counter marching troops in an effort to confuse, it worked perfectly.

The Prussian forces covering the river crossings near Charleroi did not mine them or obstruct them seriously. The French advanced on Charleroi at dawn on 15 June and were soon over the bridges, forcing the Prussians to retire upon a pre-arranged position around the village of Ligny, the Prussian reserves marching rapidly to concentrate there.

Napoleon ordered the right wing of his army to follow the Prussians, which he eventually put under the command of Marshal Grouchy, whilst the left wing under the command of Marshal Ney pushed their way up the road towards Brussels, until they came in contact with a Netherlands Brigade at a cross roads called Quatre Bras. Ney held off from advancing further until the next day, the Netherlands troops eagerly watched for reinforcements. 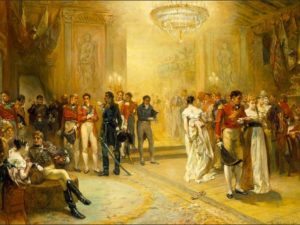 Meanwhile the Duke of Wellington and his senior officers remained blissfully unaware of the attack until around 16.30 on 15 June and it was nearer midnight before Wellington was convinced that this really was Napoleon’s main attack and not a diversionary attack.  Whilst he deliberated, he and his senior officers attended the Ball at the Duchess of Richmond’s, thus transforming this simple dance into a thing of legendary status.