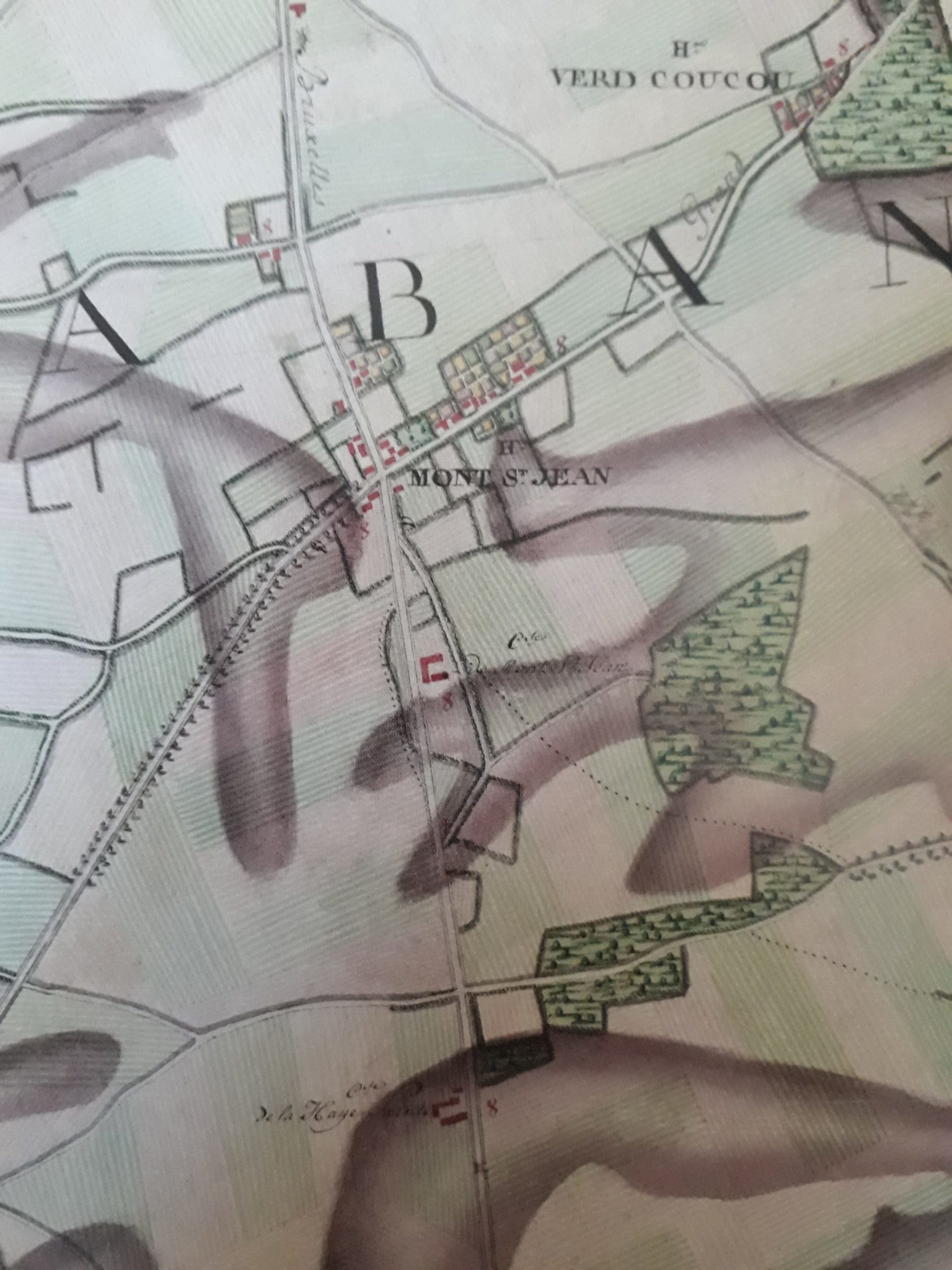 You might wonder where this question comes from, but for the last few years members of the Belgian Waterloo committee and Battlefield guides have been making the statement that the chaussee actually ran the other side of Mont St Jean farm and claim that Ferrari’s map proves this. 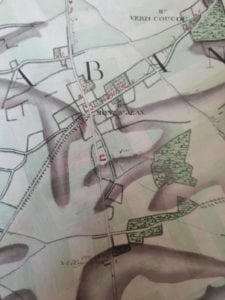 Ferrari typically does not show walls, only buildings, therefore Mont St Jean is shown as a red C shaped building in the centre of the image. It can be clearly seen that the chaussee runs to the west of the property as it does today, but a country track does run around the east side of the property, but there is nothing to indicate that this was originally the chaussee or indeed why the main chaussee would ever have had a strange kink in it as suggested. The farm almost certainly had an eastern wall with a gate for protection, but as usual Ferrari does not show it.

When we then look at Craan on 1816 we see that the building has developed and the eastern wall now has building against it, with a gap for the gateway out of this side. Craan’s map has north to the bottom of the map, hence it appears that it is on the other side of the chaussee but it is not. It is however quite interesting to see that the cart tracks around the farm have changed dramatically over the 40 odd years. Something that can be marked all over the countryside between these two maps. This was clearly an age of much fluctuation in roads/tracks – not perhaps what we would expect? 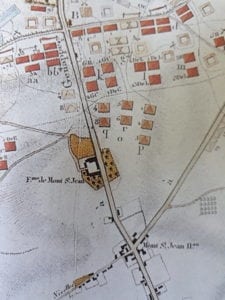 I have asked for any other evidence for this claim, but at the present time the evidence does not support this claim.

I have discovered that the Capitain map made in 1797 and is supposed to be based on Ferrari, clearly shows Mont St Jean farm to the left (west) of the chaussee and the road kincking around the the east. However, this must be an error (and probably where the Belgians have picked up this idea) as I cannot believe that the road was shifted from one side of the farm and then back again over a 40 year period. Chaussees with their central paved sections for wagons were very expensive to build and maintain ans such a bizarre alteration for a few years, without any obvious benefit seems very dubious to me.